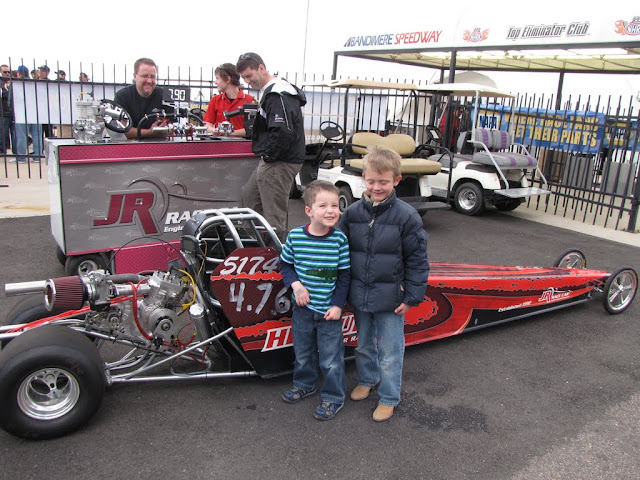 Last weekend, Mark and Butch took Devon and Lincoln to Bandimere Speedway for the “Nights of Fire and Thunder” races. When he got home, Lincoln told me all about the jet cars that had fire coming out of them, about the clean-up machine that is called “the clean-up machine,” and about the “snobobiles” that had people driving them, and about how the cars went VROOOOOOOOOOOOOOOM! There were parachutes in them (“Watch how they went out, can you? That’s how they slowed down.”). And, “the one that winned put out their parachutes but the other one that didn’t winned didn’t do that. The orange light means one winned. Mark reported that Lincoln didn’t say a word for about the first 30 minutes they were there, but by the end, he was talking plenty about it. Since then, the car bin in our play room has seen much more play this week than it usually does. 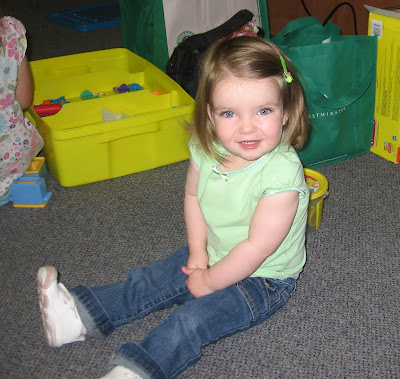 Also, we recently went to a “Playdough Playdate” at the church building with the Keenagers (i.e. the more “mature” members of the congregation). It was a great time, with about 8 tables of kids and Keenagers and tons of playdough and toys. Cora enjoyed just playing with the extra toys on the floor more than with the actual playdough. And now, I should really stop this post and either finally take a shower, or else figure out a plan for dinner!

This entry was posted by Nicole on May 26, 2011 at 9:29 am, and is filed under Family. Follow any responses to this post through RSS 2.0. You can skip to the end and leave a response. Pinging is currently not allowed.