Last weekend I had some of the best “girl time” I’ve ever had. Cora and I went to Canada to meet Piper and hang out with her and Kari while their boys were on a trip and my boys were back here in Colorado. I wish I had a picture of Piper doing a little jig (with her Mommy’s help) when we finally emerged out of customs, after a relatively easy flight. She is beautiful. And in person, she is so much more 3-dimensional than in pictures! I know, amazing, huh. She has some huge blue eyes, and her whole body smiles when she is excited (Truly. Her arms start to wave and she pulls her legs up if she is really grinning). How could it not be a good trip when greeted by this little face? 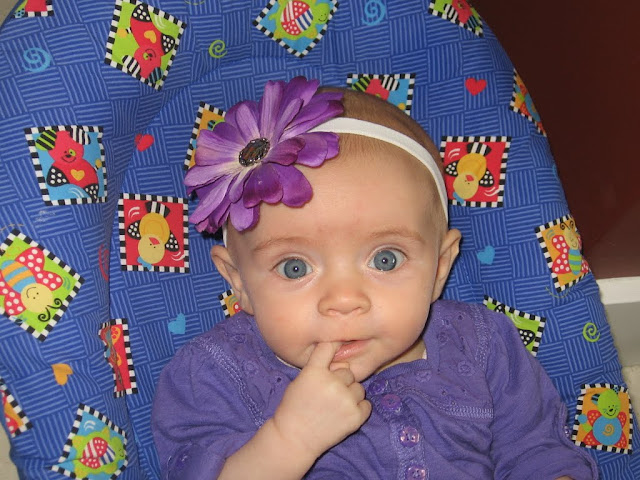 Kari and I then spent, oh, the better part of four days making bows and flowers. We sewed, we cooked ribbons, we cut, we glued, and we had a great time throughout. Even with not having to clean up the table multiple times a day so that we could eat there, or at night so the house would look nice, or stop to fix lunch and dinner for the family, we hardly had enough time to finish the bare minimum we wanted to! In fact, I brought home at least 5 bows that are almost done but just need a little more sewing or gluing, and we didn’t even start the belts, headbands, and baby legs (We called them leg warmers in the 80’s.). Here’s a visual of some of what we did: 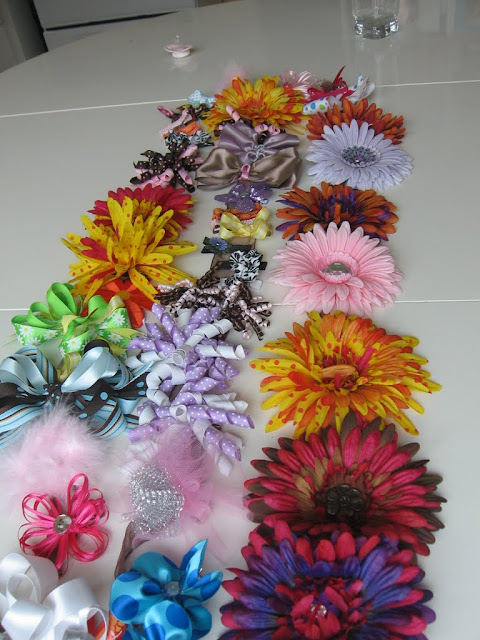 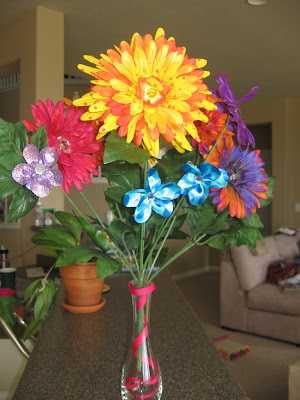 Cora and Piper were great, letting us work for minutes at a time without interruption. Ok, they were actually terrific. Cora is just tall enough to reach barely over the edge of the table, so we could leave the glue gun on, the candle burning, the scissors and needles out as long as we kept them in the middle of the table. I’m pretty sure that Cora told us that Piper was a baby at least 50 times, and that is not an exaggeration. Each time Piper would come or go, Cora would sign “baby” and then “sleep” or “cry” or “eat.” In fact, that is what she is signing here, in case we had forgotten. 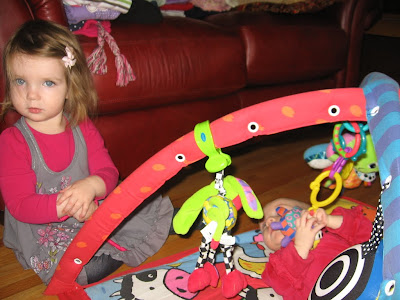 Cora and Piper also put in time modeling throughout the weekend. 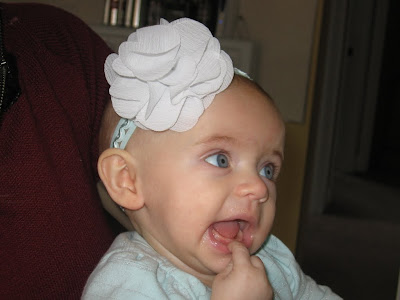 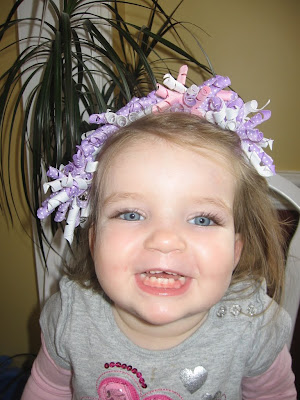 Overall, I think it might be a weekend that can never be replicated, getting to spend girl time with my daughter, sister, and neice, with snow outside fueling our constant coffee and tea drinking, our girls fairly low-maintenance and taking multiple naps each day, fully enjoying our creativity,and really, just spending some soul-resting time with my sister. Ahhhhhhhhhhh. Now that was a vacation. 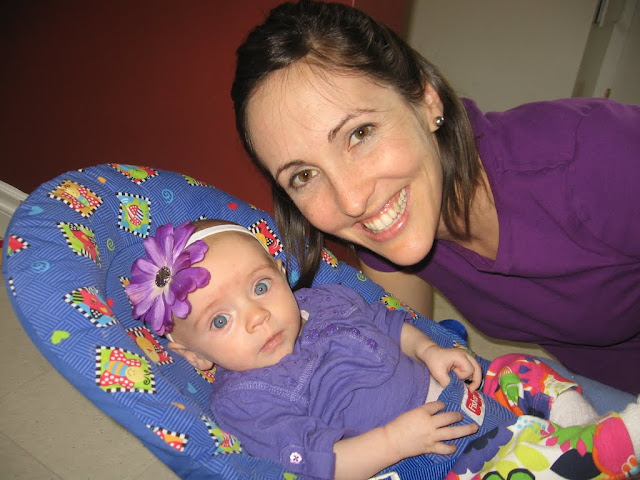 This entry was posted by Nicole on April 20, 2011 at 6:33 pm, and is filed under Family. Follow any responses to this post through RSS 2.0. You can skip to the end and leave a response. Pinging is currently not allowed.